Michael reflects about war, being a son of Lao refugees, and how an ArcStone Diversity & Inclusion outing to the Twin Cities World Refugee event brought upon sobering reminders.

There are no winners in war. Even if there are certain parameters that distinguishes one side to be the victor, at what cost is a win equal to its worth? Active-duty soldiers and veterans struggle with invisible wounds; cities and countries are decimated and polluted with destructive waste; and thousands of people are forced to escape and become displaced. A victory is viewed as an end, but truthfully, war never stops. The pain and trauma it places on those it affects can last for generations — making the difference between winning and losing unnoticeable. 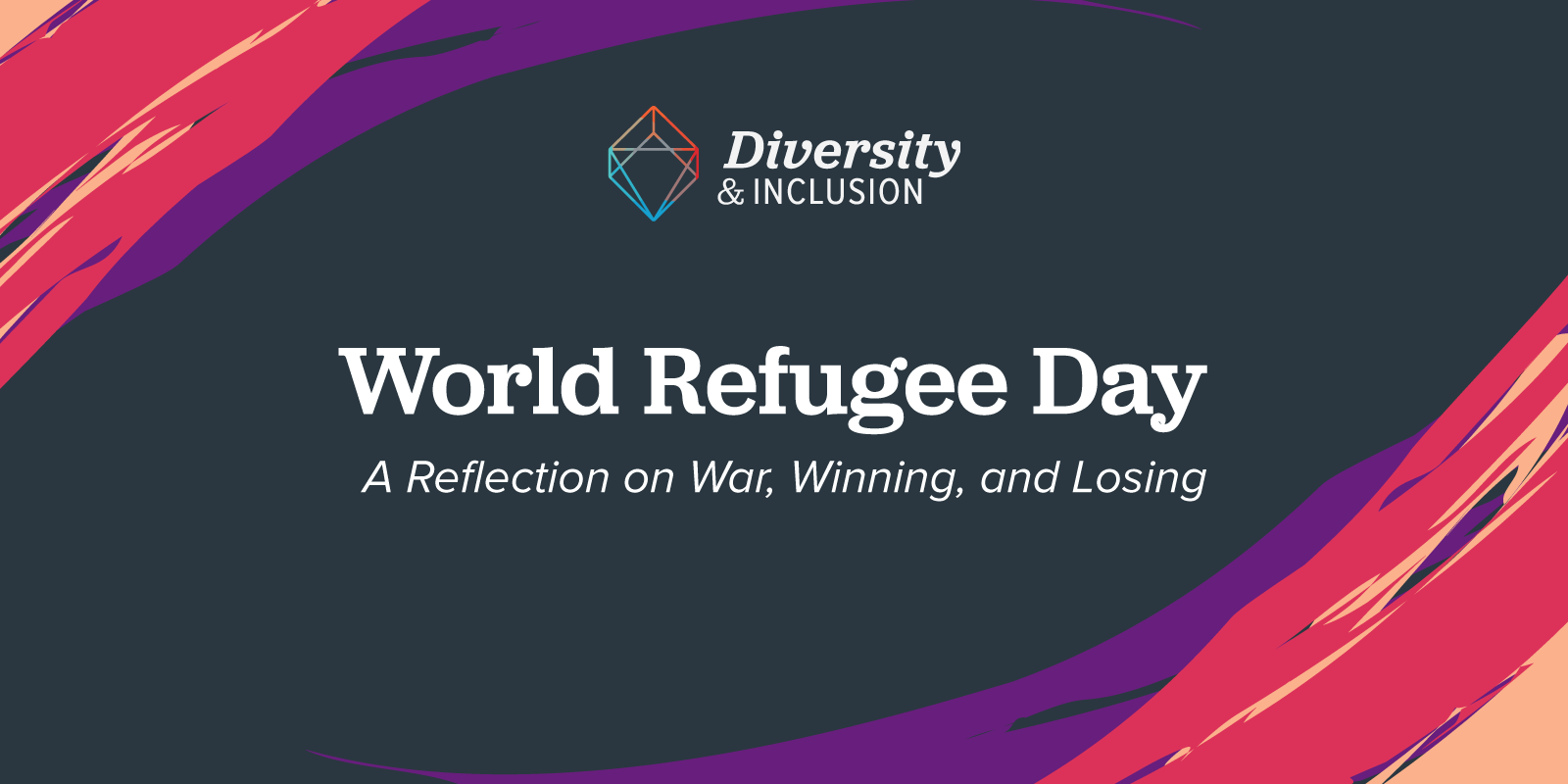 Embarking on the journey to heal is the closest semblance to stopping the pain and trauma. And like any issue, the first step is to acknowledge it. But, that is often the most difficult step for many people. For refugees, it can be especially troubling because the history tied to their trauma is often kept in secrecy or barely discussed.

As a son of Lao refugees, I’ve only known snippets of my family’s story. I know that they crossed the Mekong River with fear of getting caught and executed by communist soldiers. I was told about my aunt as a child selling homemade candy in a refugee camp. And, I know that family members were split apart — going to either France, the Philippines, or the United States. These bits of information were never in much detail. Just information and memories randomly recounted in short breaths.

It also didn’t help that much of the United States’ history in Southeast Asia is almost unknown to the general public. The American proxy war in Vietnam is barely taught in schools, and there are often no mentions of Laos and Cambodia. It is only through active individual research where one can learn about the secret U.S. bombings — revealing that Laos is the most bombed country per capita in history, and how the raids assisted to the rise of the Khmer Rouge in Cambodia.

Healing, for refugees and the generations that come after them, can be an arduous journey that feels like there are missing pieces to an invisible puzzle. Therefore, celebrations and observances like World Refugee Day can make a big difference for those who feel unseen.

Annually observed on June 20th, World Refugee Day is an international holiday that is meant to inform and stand in solidarity with the thousands of refugees around the world. Minnesota is home to over 100,000 refugees who have resettled here since 1979. The state also has the largest Hmong, Somali, and Liberian communities in the United States. Other communities that have resettled here include: Vietnamese, Former Soviet Union, Burmese, Ethiopian, Cambodian, Lao, Bosnian, Iraqi, Bhutanese, Sudanese, Afghani, Haitian, Syrian, and Palestinian. And, although laws and definitions of what makes a person a migrant, asylum-seeker, or refugee can be confusing, many communities from Latin America are also refugees.

The Twin Cities World Refugee Day event was celebrated on July 14th. It was a hot summer day, in which any area of exposed skin felt the searing force of the sun. There was a main stage for speakers and performances, a small selection of food trucks, and an area where groups and organizations were under tents. After spending a couple of hours at the event and then walking to the bus stop, the sun embedded its UV rays into my skin as I stood waiting for the bus. Reflecting on the event, my mind was racing with thoughts and mixed emotions.

I was ecstatic that this event existed. People taking the time to hear stories and engage with various refugee communities meant that, to some extent, refugees were visible and that their voices were being projected. But, I felt disappointed to see a relatively low attendance that made me think of the riddle, “if a tree falls in a forest and no one is around to hear it, does it make a sound?”

A couple of interactions at the event also didn’t help alleviate the feeling of being let down. Waiting in line at an ice cream truck, a field organizer for Amy Klobachar came up to my partner and I to ask if we could donate one dollar to her presidential campaign. Although I wasn’t a strong supporter of Amy Klobochar, I figured a dollar wasn’t a big commitment. As I was filling out a form to go along with my small contribution, the organizer filled the awkward silence between us by asking, “What's this event about?”

With blank eyes, I looked up and said, “It’s for World Refugee Day.” He responded back with “Oh…cool.”

Removing ourselves from that awkward interaction, my partner and I decided to stand and wait in a fairly long line at a lemonade tent. In the midst of walking away after purchasing a beverage, a man abruptly stopped next to us and exclaimed “How cute!” towards a little Lao girl wearing traditional clothing behind us.

He excitingly pulled out his phone, as if a spectacle had happen, he took a picture of the little girl and gleefully blurted out “Look at your cute costume!” The little girl’s mother was standing alongside her daughter and laughed to hide her discomfort, and said thank you. He prolonged this interaction by asking the mother questions about what country she was from and what she remembered.

The mother’s words were jumbled through the interrogation. Her anxiety exuded out of her as she responded to the man’s questions — forced to defend her Americanness and explain the unknowns of her family’s history. She told the man, “I was born here. My family is from Laos. I don’t know much about their story or how they got here.”

Over fifty years have passed since Vientiane officially fell to the communist Pathet Lao on December 2, 1975 (exactly 15 years before my birth). But even after decades, the war has never truly stopped in Laos and the United States. Unexploded ordnance are still affecting Lao populations, American veterans continue to receive little help with their experienced trauma, and Lao-American refugees and the generations after them are still unheard.

Events like World Refugee Day are beautiful in the way that it highlights the diverse communities that enrich this country. There’s a lot of joy, and a strength that forms when different communities come together and celebrate one another. But, underneath this happiness is also a sobering reminder of how much we’ve lost in order to “win.”

Topics: Inside ArcStone, Digital, In the Community