This year's theme is:

"If I Could Invent One Thing to Make the World a Better Place..."

The competition, open to kids Kindergarten through 12th grade, is taking submissions through Thursday, March 20th, 2014.

Prizes include a $30,000 college scholarship, a $50,000 Google for Education Technology grant for his or her school and, of course, the thrill of seeing his or her doodle on the Google homepage. 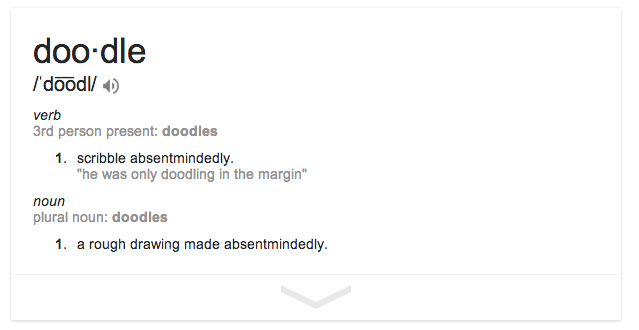 The definition of "doodle" underscores the idea behind the competition. When we allow ourselves to be open and free with an idea or expression, something magnificent is born. We don't "get in the way" of a great idea.

Get inspired by visiting the Museum of Google logos.

I kind of wish I was back in fifth grade!